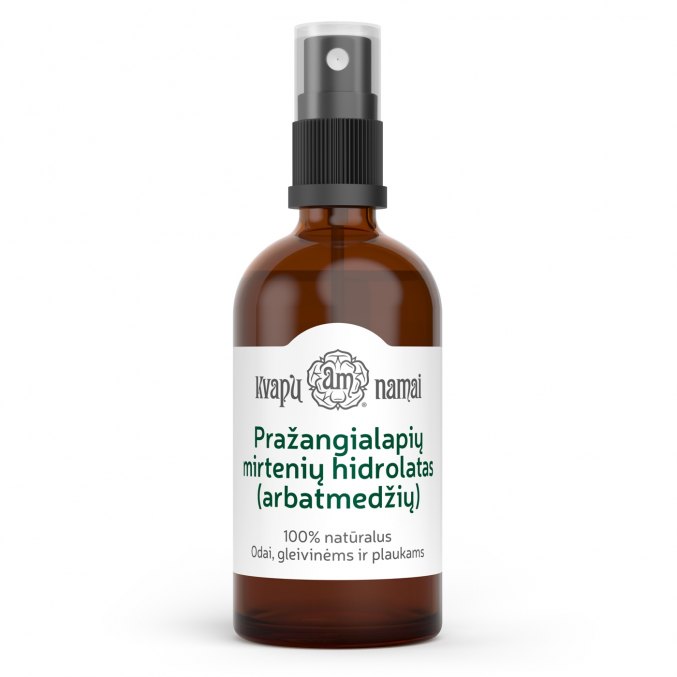 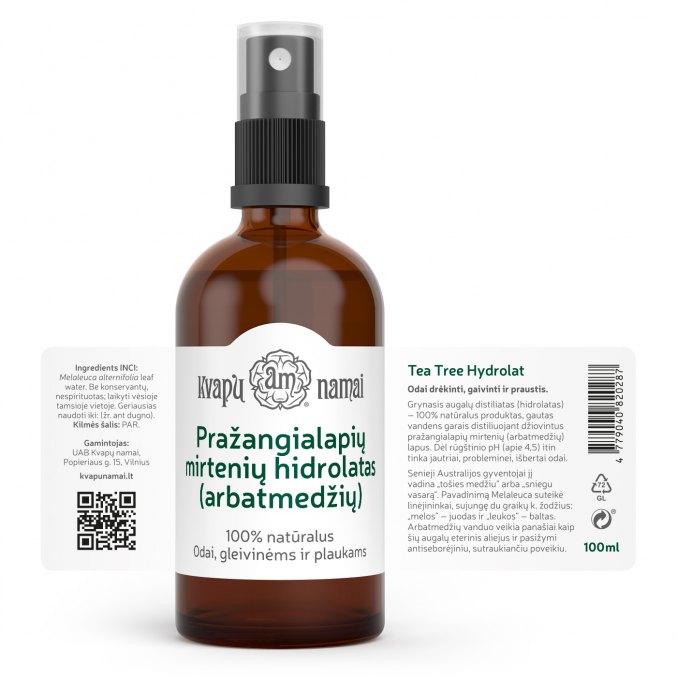 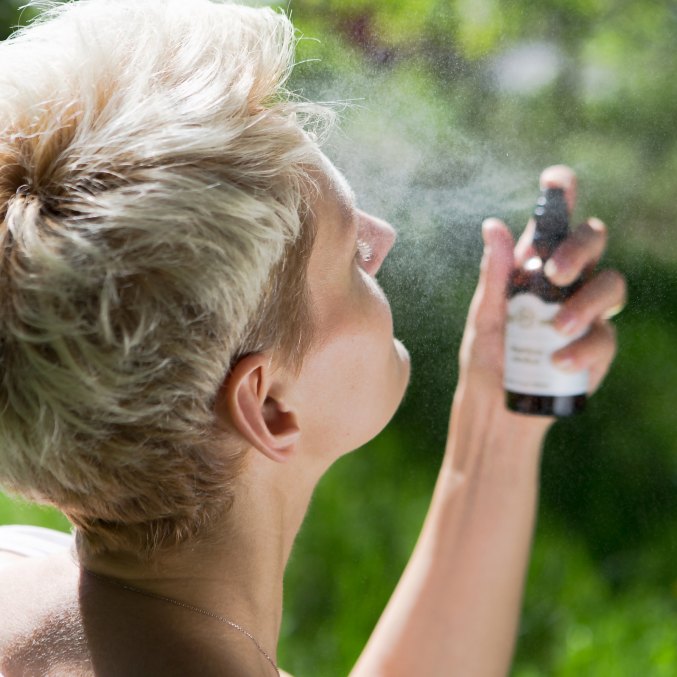 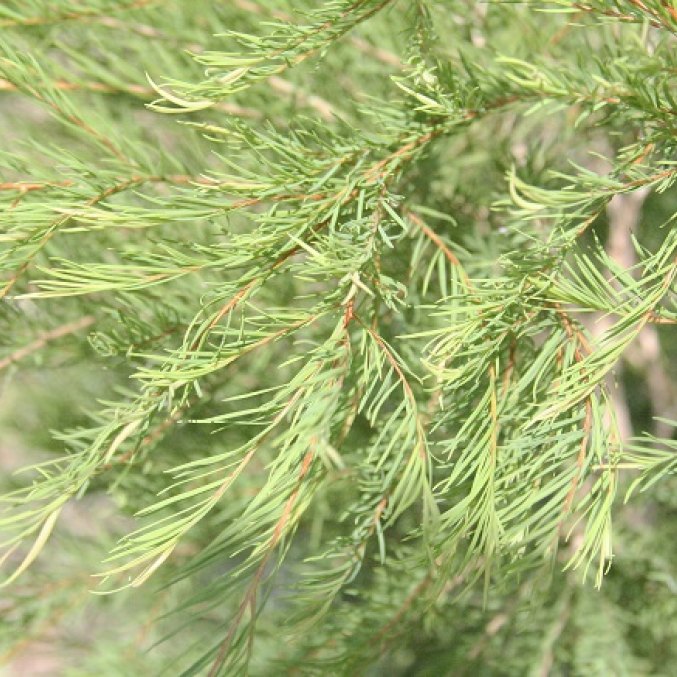 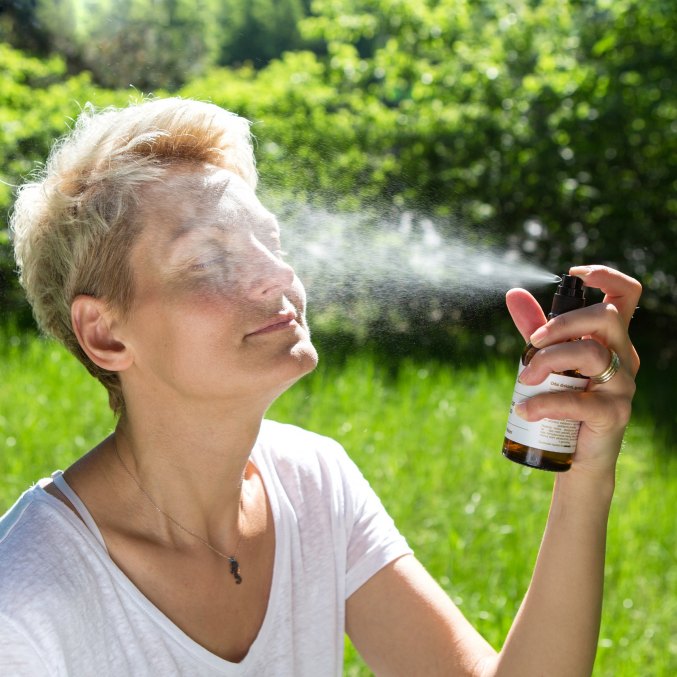 Tea tree water or hydrolate. This hydrosol is obtained by steam distillation of the dried leaves of the myrtle tree (tea tree).

Old Australians call it 'the tree of thorns' or 'snow in summer'. The name Melaleuca was given by combining two Greek words: "melos" for black and "leukos" for white. It was named tea tree by Captain Cook in the 18th century when he and his companions, who had landed in eastern Australia and opened the way for white settlers, were treated by the natives to a decoction of this plant with its miraculous healing properties.

Hydrosols are ideal for the skin, especially the face skin, care. They can be used as a component of creams, lotions, cleaning milks, masks as well as by oneself as skin refreshing means, tonics and moisturizers.

Tea tree hydrolat acts in a similar way to the essential oil of these plants – it is a powerful hydrolat for oily, acne-prone skin.

Use the hydrolate for skin care:

Natural face care is unthinkable without hydrolats. They are sprayed on the skin as soothers, tonics or moisturisers. We use hydrolats in ALL of our creams, emulsions and shampoos instead of plain water.

CAUTION! Temperatures of 0°C and below may be hazardous to the hydrolat. At these temperatures, we recommend that you purchase your hydrolats in store, as parcel services cannot always provide optimal conditions for product transport.